Train coming around the tracks 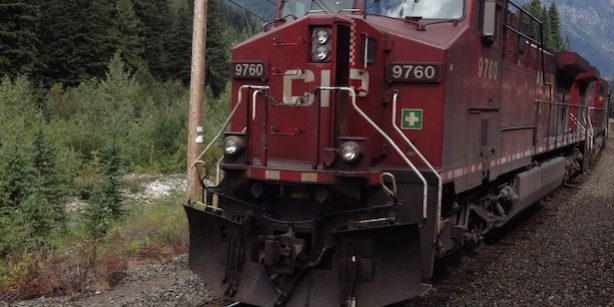 The silence was the most disturbing part. The whole world standing staring

at these metal sinews tripped and quick-frozen. Now with summer at its

heaviest, the air burning with the ingratitude of August and the back-and-forthing

of combines. There’s been much hail — we’ve huddled tsk-tsking, watching the sky

like a felon. What did we expect? Of course there’d be something. Each time

the wreck appears around the last curve, I think of lost freighters creaking,

sinking. Of dead sailors still and white in the sand.