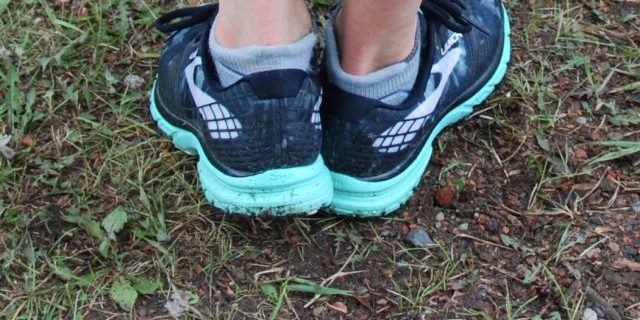 Issues of immigration have been front and centre in the news lately.

But behind the cacophony of international politics are all the small stories… those of loss and of new beginnings… that we don’t hear so often.

The Shoe Project means to change all that.

The brainchild of Toronto novelist Katherine Govier, The Shoe Project links immigrant women with established Canadian writers to work on a short piece of personal narrative, using a pair of shoes as a metaphor for journey and transformation.

The Shoe Project began in 2011 in Toronto, and this year will see workshops and performances in Vancouver, Canmore, Calgary, and Halifax.

It will be coming to Newfoundland sometime in the spring, touring with the Atlantic Ballet Theatre of Canada.

Monica Kidd caught up with The Shoe Project at a public performance in Calgary recently, where she spoke to Katherine Govier and Waad Arbitar, formerly an architect in Demascus, left Syria in 2013 with her husband and two young sons and eventually settled in Calgary.

(This piece originally aired on Voice of Bonne Bay Radio, vobb.org on February 20, 2017.)