The Way West is the Way East 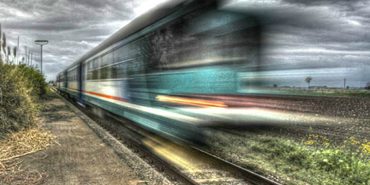 This piece is a documentary I produced for The Herd Doc Challenge, the brainchild of Alberta audiophiles Megan Clark and Sarah Hoyles (theherddocs.tumblr.com). They laid out three rules: to make a three-minute audio work that relates to the theme of trails, mentions a cardinal direction, and uses at least one archival sound or clip.

The challenge immediately brought to mind Robert Finley’s The Accidental Indies (McGill-Queen’s University Press, 2009), which takes the reader into Columbus’ 1492 voyage to the New World. Rob was kind enough to let me use his words in this piece. Also included are archival clips of a Newfoundland marine weather forecast, and of a train rounding a corner near my hometown of Elnora, both from curiaudio. I pinched two recordings of ocean waves and gulls (how is it that I do not have recordings of gulls and waves?!) from the most excellent website freesound.org. The bad banjo is me.